I reached out to Sara after losing about 15 pounds and hitting a plateau with my weight loss. That’s when she introduced me to her Strong Bold Healthy meal plan.

In total, I have lost approximately 46 pounds.

Sara’s book is just very straight-forward. There’s nothing behind the plan that’s hard and you can deviate from it a bit, which is nice.

When I first saw the plan, I didn’t know if I was going to be able to do the meal prep necessary to stay on track. But after the first few days, I became much more confident about what I was doing, and surprisingly, the meals took less time to prepare than what I originally thought. It was so easy and the food tastes great!

When I told my doctor that I was gradually incorporating a plant based meal plan into my lifestyle, he told me that it was a good decision because the nutrition I was taking in from the plan was going to help take pressure off my joints.

I have arthritis and back issues, but since using the meal plan and losing weight, those issues have gotten significantly better. My cholesterol levels are much better as well. 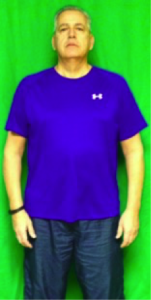 Prior to using the plan, I was taking cholesterol medicine. As I began to lose weight, my doctor started weaning me off the medication, but I eventually just stopped taking it. My doctor wasn’t happy about that but my blood work came back normal. In fact, my doctor even said to start seeing him once a year rather than every 6 months.

With the meal plan, I’ve learned that I can get as much protein – and better, healthier protein – than I can from beef, chicken, fish, etc. Occasionally, I will have a piece of fish, but I don’t crave it – I don’t even think about it unless it’s right in front of me.

As long as I stick to the plan, I feel so much better. I’m more mentally aware and physically, I feel like I can do just about anything (although we all have limitations).

This plan has definitely been a lifestyle change for both my wife and I, and I don’t see us doing anything else. From using this plan, I have more confidence in myself, and I can do things that I was doing 40 years ago… I no longer hesitate to do what I need to do.

Prepare these super dense, moist and mouthwatering muffins with fresh blueberries and lemon with only 15 minutes of hands-on time.

A blend of cheddar and parmesan cheeses combined with large pasta shells and broccoli, topped with Panko breadcrumbs and baked to perfection.

5 Tips to Stick to Your Goals on Vacation

Follow these guidelines so you can enjoy vacation, stick to you health and wellness goals and easily get back in routine post-vacay!

MSG: The Hidden Ingredient to Avoid

Ever wonder why after you eat you’re craving more despite not being physically hungry? MSG could be the answer…

My 4 Steps to Create a Balanced Meal

The 4 easy steps I take to ensure my meals are well balanced to support my body, provide more energy and curb cravings.

It tastes like rabbit food, you don’t get enough protein, the food is expensive and lacks flavor – all of these myths about plant-based eating are busted! 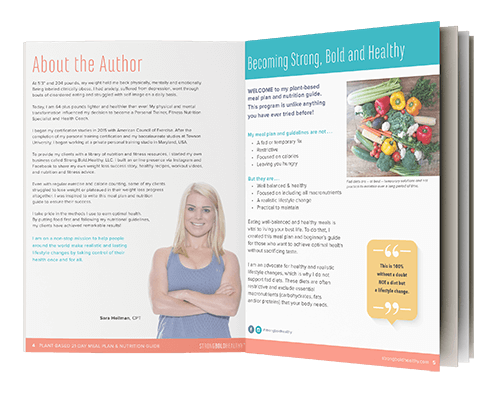 Get Your Copy of the Plant-Based 21-Day Meal Plan

I WANT THE MEAL PLAN!